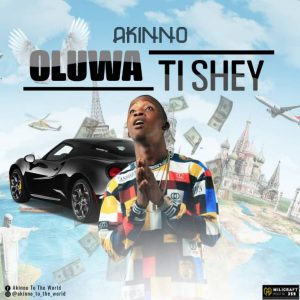 Following his recent release titled Thank God, which is still on repeat on a lot of people’s playlist.

Akinno is here again with a hot new song titled Oluwa Ti Shey, this song as I personally think is dedicated to a street close brother who was recently arrested on false accusations.

Akinno really flow well on the beat as he talk about how people can betray you anytime, but as he said OLUWA TI SHEY Big Bro has been released last last.